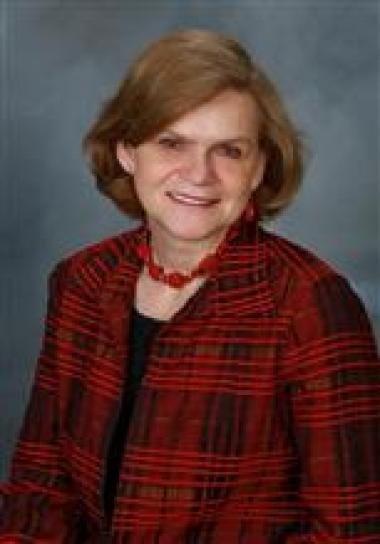 Eating Disorders Advocate; Massachusetts Unsung Heroine Award 2009
The word bulimia hadn’t even, well I’m sure it existed, but it had never been in the public eye. My eating disorder started in January of 1974, at least the bulimia did. It was in the 80’s when I first heard the word -- when I realized that I was not the only one in the world that had this horrible problem. But by then it was so enmeshed in my everyday living, that I couldn’t stop and I stopped trying to stop.
Abstract:
Suzanne Lewandowski was born in Patterson, New Jersey and moved to Massachusetts in 1979 when she was about 25. Lewandowski attended Butler University and received her BA in interior design. She started working towards her Master’s in Education at Assumption College in 2004, and will complete her education in the next few years.  Lewandowski is also taking courses at Plymouth State University through a certified program at the Eating Disorders Institute of Plymouth State University. Lewandowski lived in several towns in Massachusetts before settling down in North Brookfield where she enjoys the tight community and friendly atmosphere. Lewandowski finds joy in gardening and chose a profession in landscaping before she injured her back and was anxious to find a job with good benefits. She discovered an opportunity for education and employment at Assumption College where she has spent nine years. Lewandowski’s biggest challenge in life was her battle with bulimia. Lewandowski’s father passed away right before the eating disorder started in January of 1974, when she was 19. Bulimia took over her physical, emotional, and mental health for 25 years. During that time, Lewandowski also became dependent on alcohol and spent five years battling her substance abuse in addition to bulimia. Through faith and determination, she was able to rise above her alcohol abuse and began her mission to overcome her eating disorder. She has been symptom-free from bulimia for almost ten and a half years and has been busy constructing plans to make a difference in the lives of those fighting the same battle against an eating disorder. Her goal is to make sure women and young girls are screened for eating disorders early on, and to set up facilities to help women through the process of recovery. Lewandowski is an active leader in her town and local schools through composing newsletters and web pages to keep students and parent s informed about domestic abuse, depression, eating disorders, and other important issues. She is also involved in organizations such as NB CARES, Hearts for Heat, and PTA. In 2009, she was named a Massachusetts “Unsung Heroine” for her advocacy for eating disorders awareness.
Interview Focus:
Health